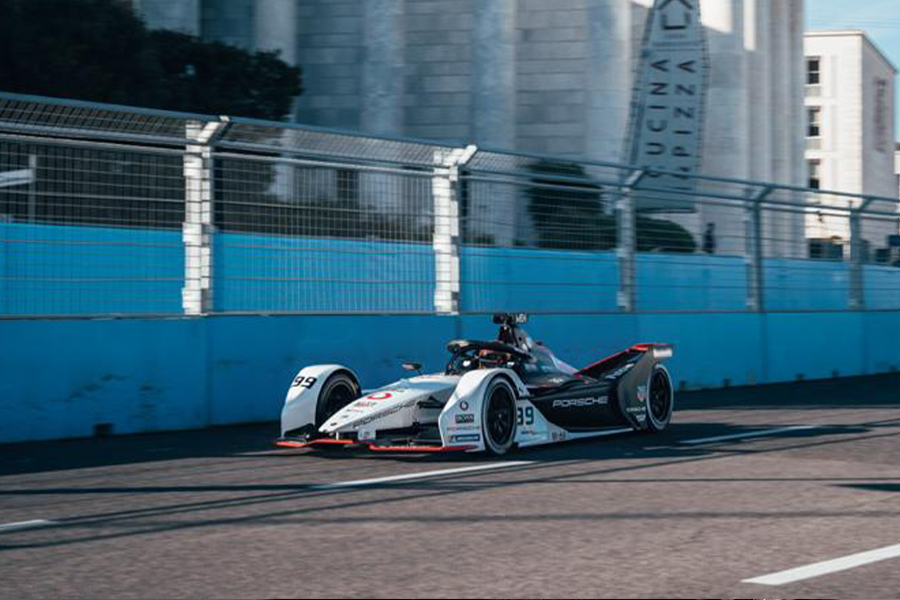 Rome, Italy, April 10th – MIM driver Pascal Wehrlein brought home seventh place from a chaotic Formula E Race-1 in Rome today. Qualifying in the morning saw the TAG-porsche driver clinch P8 on the grid after starting for his flying lap in Group 2, thus not benefitting from a cleaner track. In the afternoon race, which started under a light rain, Pascal took advantage of a number of incidents, the first of which occurred on Lap 1 between his team-mate André Lotterer and Stoffel Vandoorne. Wehrlein then gained a further position when Rowland had to serve a drive-through penalty and was running fifth before hitting traffic during both of his ‘extra-power’ compulsory spells. In the final stages of the race, though, Lucas Di Grassi suddenly slowed down and the two Mercedes cars collided. Coming up right behind them, Pascal managed to dodge the debris and collect solid points for the Team. Race 2 on the iconic track set in the EUR circuit takes place on Sunday at 1300 CET, while the qualifying session will be held from 9 to 10 in the morning.