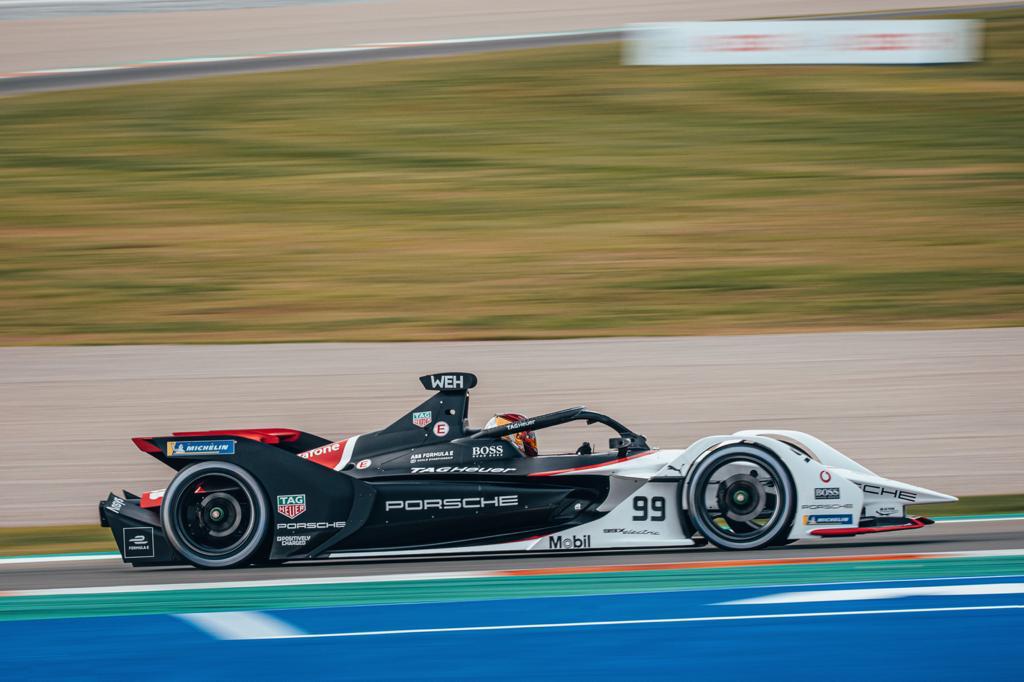 Valencia, Spain, April 24 – MIM’s driver Pascal Wehrlein looked set for yet another point finish in the first Formula E race at Valencia (being the only driver to accomplish this result in the first four events) when his TAG-Porsche #99 car was pushed off track and suffered some damage, which forced the German-Mauritian driver to limp back to his pit for retiring. For once, Formula E had relinquished its traditional format of street circuit racing, to embrace the challenge of the Ricardo Tormo 4 Km racing track, just off the Spanish historical city. Having started with his group early in the qualifying session, Wehrlein had managed P9 on the starting grid, not far from the top six superpole contenders. The race started on a wet track behind the safety track and Pascal did a good job of keeping out of trouble. He had just climbed to sixth in an accident-marred event when drama struck. Despite depleting half of his Attack Mode extra 35 Kw under a safety car period, he had managed to pass Norman Nato, but as the Frenchman fought back with the advantage of the extra power, Wehrlein ended up off track and suffered his first DNF. His personal best lap time shows that he had a good pace throughout and this bodes well for tomorrow’s race on the same circuit.