Wehrlein and MIM win in Mexico! 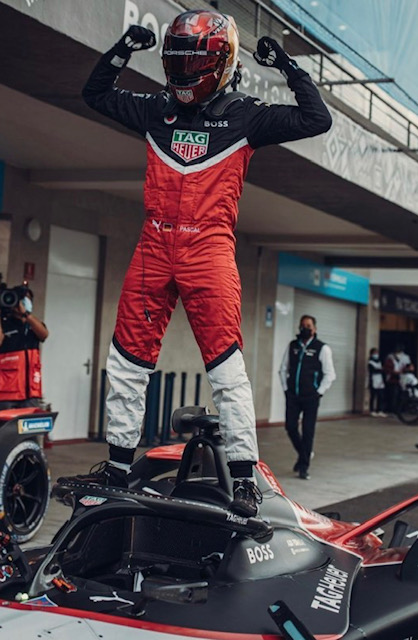 It was payback day for Monaco Increase Management driver Pascal Wehrlein as he clinched his maiden victory in Formula E with a sensational drive from pole position in the one-off race held at Mexico City’s world famous Autodromo Hermanos Rodriguez!

27-years-old Wehrlein had basically dominated the whole weekend showing a solid pace in both free practice session and then sweeping off competition in the grueling qualifying tournament. But even with a secured P1 start from the grid, the race looked quite challenging as the circuit’s nature, with its long straight section, called for accurate managing of the cars’ energy resources.

The MIM driver did the best at the start, managing to fend off an early attack from Edo Mortara. Then, as the race developed, Wehrlein’s #94 Tag-Porsche car appeared not to be taking much advantage of the first 4-minute ‘attack mode’ and slipped back into 2nd position. But actually, the driver and team were only playing swiftly on power management and Pascal showed his actual pace in the last third of the 45-minute race, easily regaining P2 from Jean-Eric Vergne and then charging for the lead at the expenses of Mortara. From then on, it was just a joy ride for both Porsche drivers, with Wehrlein’s team-mate Andre Lotterer trailing Pascal all the way to the chequered flag.

“Mexico is definitely the place for us” said Wehrlein on the podium, hinting at the Puebla race he had won in 2021, only to be deprived of the result by a technicality concerning the tyre’s bar code. “Today, the team and the car were unbelievable. This result is very important for us, I had come so close to a win for so many times in the past, and now it feels like payback. It’s really amazing”.

Wehrlein’s point tally this weekend rose to a stunning total of 29, which includes his victory, pole and fastest qualifying lap and brings his total to 31. Now he’s heading for the next event in Rome on April 9-10, where all the staff at Monaco Increase and their sponsors will be greeting him in what promises to be a very special weekend!