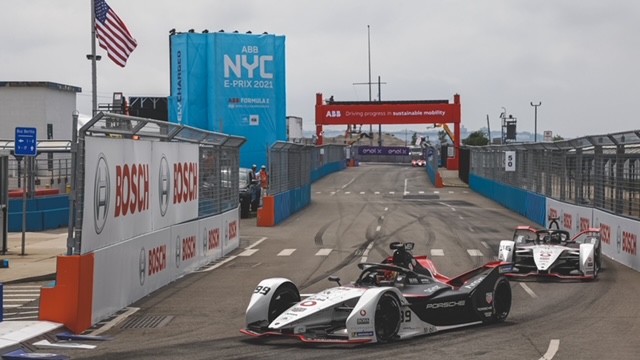 Monaco, July 25 – Monaco Increase Management driver Pascal Wehrlein came away from the London Formula E double-header with a fifth place finish and another 10 points booty, which increases his tally to 71 and, given the unpredictability of the races outcome, keeps him still in the fight for the title ahead of the Berlin event. Pascal clearly was not helped in the first Qualifying session by the format of the series, where drivers are released in groups of sixth according to their position in the overall point standings. He came out with Group 2 and as the “outdoors” part of the circuit was still damp from the previous rain, he found himself disadvantaged with regards to the last groups: yet he savaged 12th on the grid and that’s also his final position for the first race. The Sunday event went considerably better for the #99 TAG Porsche driver: he missed the Top Six qualifying by a whisker and started seventh, then moved on from there despite wasting part of his “attack mode” extra power under a safety car period. Pascal managed to fend off attacks from other drivers and his effort was rewarded as his final sixth place finish was advanced to 5th following Lucas di Grassi’s disqualification. Now Wehrlein looks forward to his next commitment on home turf.