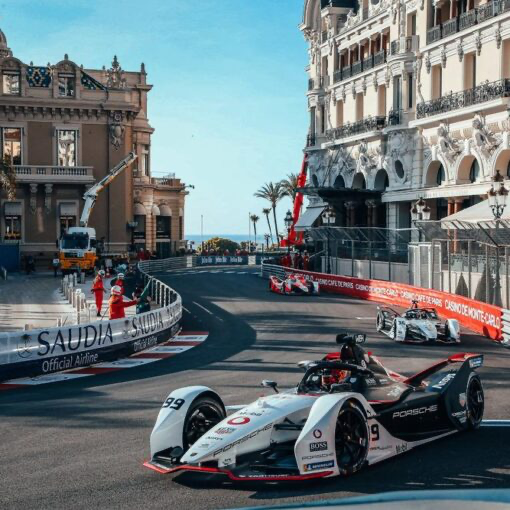 Monaco, May 8 – A double incident forced MIM driver Pascal Wehrlein to retire from what can be considered his ‘home’ e-prix, since the Principality is headquarters to Monaco Increase Management offices. After fine-tuning the set-up of his #99 Tag Porsche car during free practice, he went into Qualifying starting in Group 2. That meant that many drivers running after him could take advantage of improved track conditions; but even so, Wehrlein managed a fourth row start, only a couple of tenths away from the Superpole battle zone. The race, though, did not pan out as well, because Pascal was pushed from the back by another driver negotiating the slow Fairmont hairpin and barely managed to come away from the mess, losing fourth positions in the process. He battled at midfield but his car had suffered heavy damage from running over debris and was difficult to handle. A safety car period in the closing stages of the race brought the pack back together, but on the re-start Pascal was hit again, this time by Vandoorne, and suffered a puncture that forced him back to the pits. Not the best day for him on MIM’s home turf, but it’s already time to move on.