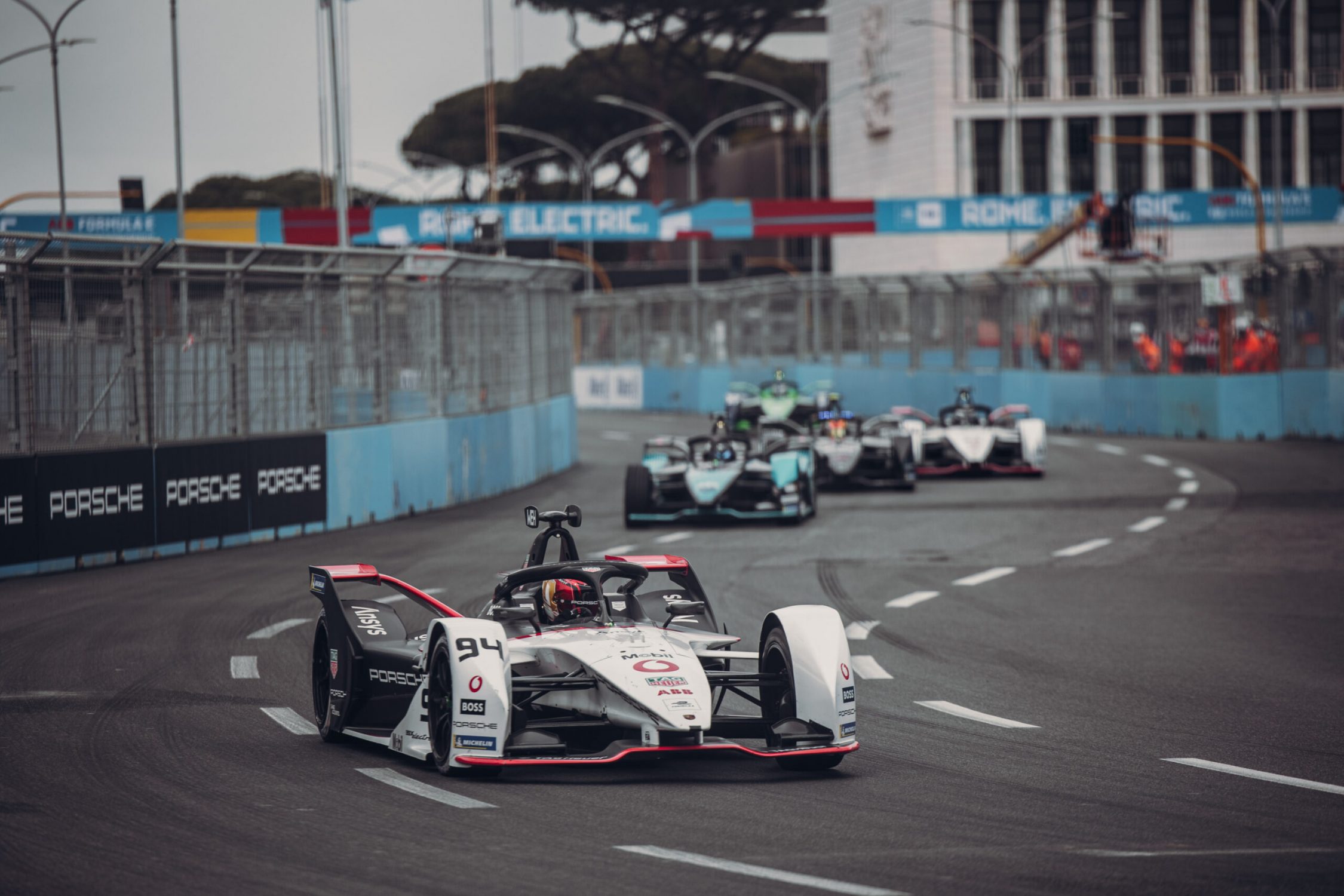 Pascal Wehrlein brought home a well-deserved, hard fought sixth place today in the second Rome e-prix around the EUR racing course, thus continuing his positive point streak. The Monaco Increase management driver had qualified P7 – the same position achieved in yesterday’s event – after successfully entering the Top Four group in his turn. Yet his race was far from straightforward. The second e-prix featured a single, 8 minute long ‘Attack Mode’ to exploit the full power or the Formula E cars, but just as Wehrlein came around the Obelisk spoon curve to get his, Antonio Giovinazzi’s car stopped along the track, causing a Safety Car period that wasted most of Pascal’s power bonus. Wehrlein had managed to pass Vandoorne before the caution period, but as the race resumed, he found himself battling with Dennis and the British driver squeezed Wehrlein’s #94 Porsche against the barrier. From then, Pascal seemed to be losing pace and saving energy and he dropped back to P10, before initiating a steady recovery which also took advantage of Di Grassi’s 5-second penalty (for causing a collision). With this weekend’s results, Wehrlein increased his tally by a further 12 points to a total of 42 and is now running 7th in the series, only one point short of his team-mate Andre Lotterer, ahead of the next event that will take place on Monaco Increase Management home turf in two weeks’ time.